Board Attributes – Commitment – Biases And Derailers 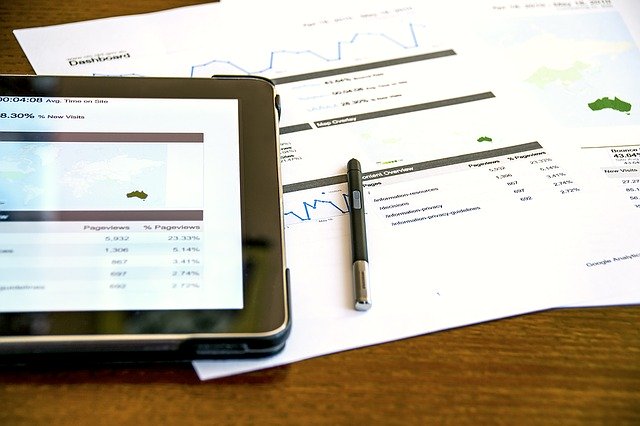 Part Two of Three Board Attributes

Article Five of a total of seven Attributes Articles

This mini-series, Genius is addressing the three “Board Attributes” topics of Competence, Commitment, and Character.

To keep reading easy, Commitment has been split into two Articles – The Person & their Engagement, Derailers.

Board Attributes addresses, within the physical people appointed to the Board, their collective personalities and how these factors impact on Board effectiveness.

Commitment covers the Director’s focus on delivering effectively on an ongoing basis. Commitment will be impacted by several Demographic areas covered in a previous week’s article. Here we shall review impacts on Commitment not already addressed.

Oliver Manet in 2010 noted that bias does exist in the boardroom, and its impact is frequently underestimated as it can impact decision making and can undermine independence of mind.

Some Directors will think intuitively, and others will think reflectively. Those who can think quickly and almost unconsciously assess the merits will reach decisions far quicker than those who need to deliberate internally to reach a decision.

Chairman will find that both these kinds of cognitive capabilities will exist within a Board and will need to manage both to prevent pent up frustrations either way.

We shall be covering bias and its impact on decision making in more detail in a later article.

Here we would like to note eight (of 180 cognitive biases) key biases that a Board, Chairmen and Directors should be mindful of, in themselves, in others and in a group situation.

The last bias I would like to mention in this article is the one that is most concerning, is often present and difficult to recognise in oneself, this is “Metacognitive bias”; this is the belief that one is immune from all biases. Deemed by the psychologists to be impossible.

Picture a situation of a bullying style CEO bringing a topic late to the Board, no Board papers for prereading, and pushing to get a go-ahead investment decision within the meeting.

Picture again, a “mouse” style Chairman trying to chair a meeting, where diverse views have caused the conversation to get heated.

Another example, an autocratic older style Chairman is determined to remain so for the full nine years. The members of the Nominations Committee, two NEDs other than the Board Chairman (who is Nomco Chairman) feel that this topic should be considered by the Nominations Committee in year five, for the Chairman and for all Directors, considering the guidance in the Code for refreshing members more frequently.

The behaviour of these personalities in all three examples will result in ineffective outcomes, in all cases, personalities being key derailers to the right things being achieved for the business. In other words, the Board is not delivering under the first Principle of the Code.

Imagine a circumstance where when challenged by a non-executive Director, the CEO gets extremely angry, shouts accuses, personally attacks the NED and then storms out of the room.

This is obvious unacceptable behaviour that needs to be addressed by the Chairman determining the triggers and the reactions and handling the feedback with particularly the CEO.

A far more subtle example could be an executive folding their arms in the face of challenge and giving only monosyllabic answers, in actual fact, offering nothing in return as information or assurance.

Chairman need to address these kinds of impediments of behaviour to Board effectiveness.

Interactions could relate to the way the SID and Chairman have offline conversations that are in effect decisions taken by the Board and presented as such between or during meetings and therefore other Directors having little input into the conversations.

Often an interaction that can derail a Board’s effectiveness is around the way the Chairman and the CEO work together on a topic of key importance withholding information from the Board and bringing the outcome to the Board as a fait accompli.

Another interaction that can be derailing is where any Director oversteps the executive boundary, interfering in the activities of management or further into the business.

It is often heard that the Chairman or CEO’s forget to communicate with the Board on key matters.

The opposite is equally derailing, where a CEO defers all decisions to the Board not taking responsibility within their remit of decision making.

Other communication derailers are where other key roles do not communicate key information effectively, whistle-blowing, stakeholder issues, financial or economic crisis looming etc.

It is important that the CEO and Chairman develop a successful relationship of trust, respect and support, such that the flow of information is totally transparent.

Imagine a Board not knowing that a major disrespect exists for the CEO or that there have been various whistle-blowing cover-ups or that the staff churn figures have been omitted from Board papers, etc.

The outcome is the ivory tower syndrome of a disconnected Board, that will by default not be able to make decisions in the best interest of the business.

A Director’s perceptions are their ability to see, hear or become aware through one of the senses or memory. This will support a Director in regarding, understanding or interpreting a situation.

Where a Chairman in a previous role has experienced a hostile take over that resulted in the loss of their role on the Board, they may not be positively predisposed to a takeover or merger activity of another Board, putting their own agenda and experience ahead of that of the long term sustainable success of the company.

A Chairman with high EQ is needed to fend off and manage perceptions and help Directors to understand derailing impacts.

Knowledge is needed; knowledge in the wrong place can be unhelpful.

An example is where a high degree of technical knowledge resides within the Chairman. The chances are that Chairman will following a directional leadership stance leaving no space for the CEO to lead in their way.

Too little knowledge is also a derailer. Imagine the joint frustrations where a Director, new on the Board, totally inexperienced, has no business-related technical knowledge, has no business management, governance or Board knowledge and is unable to contribute to any conversation except, for example, as relates to the current IT systems.

In the former example, it would require a strong evaluator, SID and collective NEDs working together to stimulate changes in behaviour or succession planning.

In the latter example, that person should not be a Director but only attend the Board when the topic of their focus is being addressed.

In this section, we determined what resources the Director has at their disposal to be committed and therefore effective as a Director, how they should engage to be successfully committed and which derailers they are likely to face and to be pre-prepared for.