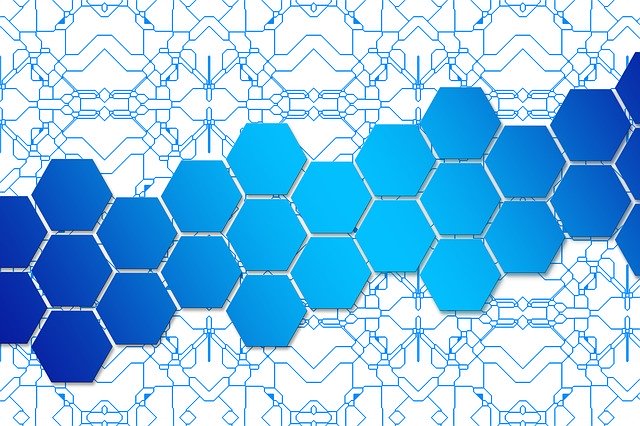 Genius is releasing a series of Board Effectiveness articles, drawing on our own experiences as Board evaluators, of what impacts different Boards and what aspects of governance and people cause Boards to deliver more effectively as the leadership team of a business.

For the first phase we shall use the 11 C’s Governance Model created by Jeremy Cross as a framework to discuss the many myriad influences on the team and their ability to work effectively.

This week is the third part of a many week series of addressing some of the key elements of Board Effectiveness. We started first with Leadership, then addressed Structure and Demographics from the 11 C’s Model. Now, into our fourth week in the series we shall address Board Attributes.

Next series we will address Board Dynamics.

Thereafter we shall work through many other people, behaviour and other dynamics and influences on Board Effectiveness.

Part One of Three Board Attributes

Article One of a total of seven Attributes Articles

In this mini-series, Genius is addressing the three “Board Attributes” topics of Competence, Commitment, and Character.

To keep reading easy, Competence has been split into three Articles – Within the Role, Leadership & Engagement, 21st Century & Governance Competences

Board Attributes addresses, within the physical people appointed to the Board, their collective personalities, and how these factors impact on Board effectiveness.

Competence addresses how the Director delivers on their responsibilities. Competence encompasses a wide range of personality influenced factors that we shall review.

When we discuss delivery, we are considering the way the Director delivers within the Board, within the team, and within the Committees.

Directors will deliver challenge, engage in conversation, and contribute to decision making in quite different ways. No one Director will deliver to their role and responsibilities in the same way as another even if they have the same professional background.

Delivery is where we will see the value of diversity, professional capability, experience, knowledge, skill, and other character attributes being visible, being played out in the conversations and decisions, highlighting how each Director brings their contribution to the team effort.

Accountability can be difficult to achieve from some Directors, and easier from others.

Some influencers on accountability fall under “Capacity”, addressed in the previous article series.

Accountability is also be influenced by “Capability”, previously addressed and “Commitment” and “Character” to be addressed later this week.

Does the Director make any additional effort to think laterally, to be totally independent of mind, to genuinely think “blue skies” when engaged in strategic planning, and do they make their views on subjects clear?

Most importantly, when the demands on Directors increase, due to a crisis, a business requirement, or a change in their role, can they and do they, step up and deliver to the satisfaction of the Chairman ensuring full individual effectiveness?

Being a team player is important. This means that the Director can work effectively within the team such that the team can deliver on its objectives, rather than the Director being motivated solely by their own objectives.

Being collegiate is important; being respectful to their colleagues, working together with openness and transparency, thinking of each other, and the team, not only of themself.

There is, though, a big “BUT”; risks that need to be considered if team player and being collegiate “go too far”.

A key contribution to ineffective decision making is “group think”. This is where all the Directors have the same view on a topic or many topics. This could be caused by being of a like “demographic”, it could be caused by the long tenure of many Directors, little recent refresh of Directors, or by undue influence by a specific Director.

Many leadership styles do not engender a safe environment which can become the beginning of fostering groupthink, because it is easier to “toe the line” than for a Director to put their “head above the parapet”.

When a Board is diverse and the chairmanship is competent, Directors can work together, challenge effectively, be independent of mind, and respectful of one another, even when they might disagree or be making a point of challenge.

It is important for a Director to respect that they are one of a team that has a common goal, within that ambit to deliver effectively and responsibly on their duties and responsibilities.

This is often referred to as “independence of mind” when we are referring to attributes, which is different from technical independence at appointment in terms of Provision 10 of the UK Corporate Governance Code 2018.

We shall cover here the ability of a Director to be able to work their own way through issues, bringing their knowledge, skills, and experience to bear. It is important that a Director listens, synthesises information, and works out their own viewpoint on the matter.

Where a Director feels very strongly, and differently, it is important that they stand up for that view, are heard and if necessary, their alternative to the decision taken, minuted.

If independence of mind is effective, the key benefit is that the Board will be less likely to have “blind spots”. It is surprising how many Boards do not recognise their own blind spots. This is the importance of an external evaluation, as such ineffectiveness is easy to see from the outside.

In a later article we shall cover the impact of bias on decision making. Relevant to this section is the concern around metacognitive bias – belief that we are immune to bias.

Part of being “independent of mind” is not to be influenced, not to be biased, not to “have gone native” due to tenure, not to be bullied or misled; it is important for a Director to retain their own ability to assess situations and information and voice their own judgment.

This can be exceedingly difficult if it is not the common view or not the view of the CEO or Chairman particularly. This is when certain other character traits need to be drawn upon that are covered later in this section.

So then, why do we need to highlight what you would consider being a given and common sense to any Director? Directors are human beings, they are influenced, biased, and have their own agendas. It is when these influences are contrary to what is best for the business that the effectiveness of the Director and therefore the Board are put at risk.

The most common personal agenda is “remuneration and reward”, which can directly impact the decision making ability on an individual or a group of individuals.

This is a key requirement of a Chairman, to identify personal agendas, to be mindful of what is right for the business, and to guide the Board to put the business first in its decision making.

Our experience evidences that the Company Secretary generally has the best moral compass when it comes to putting the business first, understanding the impact of decisions that could be detrimental to the sustainable success of the business.

Business first is also not only about numbers, the top line or the bottom line, it is also about “contributing to wider society” as stated in Principle A of the Code, followed on by Principle B – “establish the company’s purpose, values, and strategy”

An important clause in Principle B is “All directors must act with integrity, lead by example and promote the desired culture.” If a Director is always acting with integrity, naturally the focus will be on long-term success.

What is a personal agenda? This is where a Director has a personal desired outcome. For example, a Director may wish to become the Chairman, the CEO may push to get a specific project approved that, in terms of the incentive scheme, will be personally beneficial, a Finance Director may want a tender to be won by a certain company as that was their introduction and that would make them look good in the eyes of the Board and the winning organisation.

Often a personal agenda is not obvious, and often not even obvious to the Director in question. Let’s take a situation where a Director made an introduction of a strategic planning facilitator. When the Board is discussing the options, the Director should recuse themselves due to the influence they may have on an open discussion or effect they may have on the decision outcome.

A personal agenda that is often played out is that of wanting to remain in the role even when it is obvious that the right decision would be to resign. This happens with Chairmen, Executive Directors, and Directors.

A SID and Company Secretary can support the Chairman to recognise these agendas and to address the impact that might be happening. It is more difficult to handle where the Chairman has a personal agenda which is at risk of being contrary to effective Board outcomes.

The next article in the mini-series will cover Competence – Leadership, and Engagement