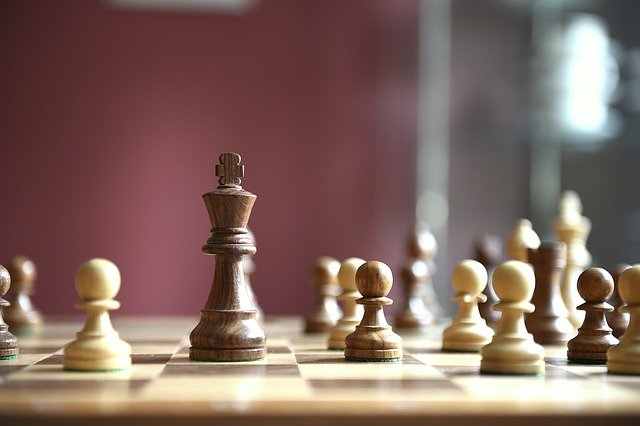 Part Three of Three Board Attributes

Article Seven of a total of seven Attributes Articles

This mini-series, Genius is addressing the three “Board Attributes” topics of Competence, Commitment, and Character.

To keep reading easy, Character has been split into two Articles of six Character Traits each.

Board Attributes addresses, within the physical people appointed to the Board, their collective personalities, and how these factors impact on Board effectiveness.

Character addresses the person, their beliefs, and behaviours, how they integrate within the team, or lead the Board.

A number of these points have been addressed under Competence or Commitment as the beginning of the Board Attributes series, therefore, this section being a summary of such information.

Easier said than done – brave enough to state an opinion that might not be universal to the Board or cause others to criticise you.

Before you speak up, ask yourself – is it true, is it necessary, is it kind and be sure to have all the facts.

There will sometimes be unintended consequences. But there are times that speaking up is necessary.

Is it to protect a customer, to determine the truth within a problem, to whistleblow on a wrong, to ask the question no-one is asking, is it to bring a point to a head to be able to move forward?

These are all valid reasons to speak up, but, not to dissuade anyone from speaking up, but in the light of self-protection, speaking up needs to be handled with lots of EQ – social intelligence and PQ – working within the dynamics to get the right outcome.

On the other side of the coin, no Director should risk being accused of “cry wolf” because they are always speaking up. This loses its value.

It is valuable as a Board Director to consider the three key messages you wish to get across in a Board meeting and to focus on these messages whilst engaging in relevant conversations where you can bring value.

A fundamental part of our governance system yet can be difficult to achieve successfully. It is important to use the right words, the right tone, to set the context of the question, to frame your knowledge in regard to the topic, allowing the recipient to follow the journey of your intention and therefore be ready and in context for the challenge. It has also given time to trust, time to listen, time to reflect thoughts resulting in a quality answer.

The first question is often not the last question, based on the first level reply the Director would typically drill down 2 or 3 more times to get to the level of assurance desired. It is again better to lead the conversation through three levels rather than leap in out of context at the nub of where you are heading.

To achieve this successful, good chairing is needed such that the Chairman gives adequate time to allow the conversation to progress.

A Director should only speak when they have something of note to ask or add, not to ensure they have the last word or are minuted frequently enough.

The art of a good debate is, from the outside, to not be sure who is executive and who is non-executive in terms of adding value to the conversation that moves around the table.

A debate allows for contribution from different perspectives, added content to support improved knowledge, and gives time for many to get to grips with the options and potential decisions needed.

Some Directors, being reflective in nature will not readily join debates, particularly early in the conversation. This is where the Chairman should ensure that all Directors are given fair airtime and therefore at times to encourage a Director to join in by asking them a relevant question.

A Director should remember they have two ears to listen and one mouth to speak and must determine the value add before engaging.

Directors can be all sorts of characters and the one known is that each Director will be a different character to the next. The Board needs to be a balanced mix of characters to be effective.

The diversity of characters needs to be managed by the Chairman to ensure that at no time the environment becomes unsafe for anyone to speak up, challenge, or join a debate.

A leader is needed in the CEO and in the Chairman. The SID should also reflect good leadership traits. The Chairmen of the Committees must show leadership in those roles.

If all Directors behave as leaders within a Board meeting the outcome will be chaotic. In that environment they need to be collegiate team members, to respect and follow the leadership and tone set.

Each Director will work out how to be the best leader when the role requires it and when to be part of a collegiate, successful team retaining independence of mind.

There are autocratic leaders that are remarkably successful because that is what is needed at that point. This would not be the norm through the lifecycle of the business and the Board.

The question of influence is mostly positive, allowing a person to understand the point of view of another.

Influence is not suitable, where a Director desires a given outcome and influences others inappropriately to agree to their perspective – coercion, bribery, incentivisation all being completely inappropriate. Those that wish to influence in this way often approach from a point of view of “divide and rule”, breaking down the team engagement and undermining Directors’ independence.

We have only addressed 12 character traits, of which there are plenty more. These though are the ones, as Board evaluators, we recognise as the most important character traits to support the Director being the best they possibly can be; and to be mindful of those character traits in others and to use all their skills to navigate relationships and deliver effectively.