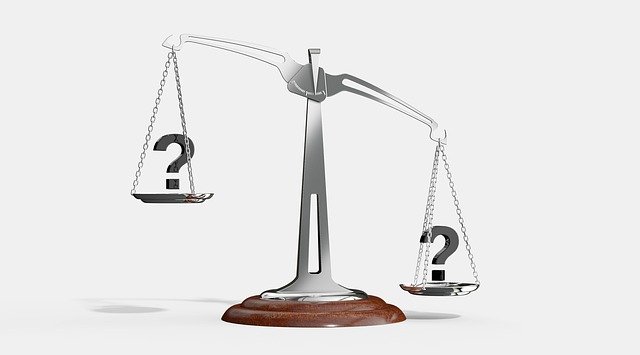 Genius is releasing a series of Board Effectiveness articles, drawing on our own experiences as Board evaluators, of what impacts different Boards and what aspects of governance and people cause Boards to deliver more effectively as the leadership team of a business.

For the first phase, we shall use the 11 C’s Governance Model created by Jeremy Cross as a framework to discuss the many myriad of influences on the team and their ability to work effectively.

This week is the fourth part of a many week series of addressing some of the key elements of Board Effectiveness. We started first with Leadership, then addressed Structure, Demographics and Attributes from the 11 C’s Model. Now we shall address Board Dynamics. Next, the series will address some of the issues raised in particularly Dynamics in more detail – for example, decision making, stakeholder conversations, strategic focus and the role of the Company Secretary.

Part Three of Three Board Dynamics presented as three articles

In our previous weeks’ article series, Genius addressed “Board Structure”, “Board Demographics” “Board Attributes”, and their influences on Board effectiveness.

This week, Genius is addressing the three “Board Dynamics” topics of Culture, Cohesion and Challenge. I refer to these as the invisible influences and often are the most potent of all the influences on Board Effectiveness. Potentially easy to fix, but often exceedingly difficult to diagnose and the take ownership thereof.

To keep reading easy, only one of the three will be addressed a day.

Board Dynamics addresses, within the physical people appointed to the Board, their collective influence by the way they behave, and interact and how that collective impacts Board effectiveness. Many Directors will have experienced Boardrooms that are not rational places!

Board effectiveness conversations are always peppered with the conversation around “challenge”.

What is actually meant by challenge is to constructively ask questions of the management and topics in question to determine that all the right considerations have been taken account of, to offer insights and value to the conversations depending on the information being received to questions.

Often the “challenge” becomes a debate between more than two people which is vastly more robust than a one on one challenge.

To achieve successful challenge, certain components need to be present –

This topic was covered in “cohesion” above.

The risk raised by the regulators on independence of mind is the tenure of service on that Board of each Director. Maximum tenure as discussed under an earlier article under “Structure” is nine years, the optimum tenure being 6 years, where after the Board must assess and confirm the Director’s independence of mind.

This is, unfortunately, in most cases, a boilerplate assessment, giving all Directors such independence of mind. Reasons are likely to be embedded in bias and avoidance of difficult people-related topics which we shall address in more detail in later articles.

It is often the case that when a Director has been on the Board for too long, that they “go native” and no longer challenge with an objective mindset.

This being the foundation reason for shorter tenures and frequent refresh to allow for an unbiased and new viewpoint to be brought forward with each Director refresh.

The importance of a Director bringing forward their viewpoint was raised in “Cohesion” in the previous article.

It is important that any Director should feel on post-meeting self-assessment that they gave effectively of themselves, they did now allow a decision to just happen when they did not feel fully comfortable yet with the journey or the outcome, that they do not feel railroaded to the decision without their point being voiced.

A Director who does speak up gives others in doubt the opportunity to also add to the debate of “why this decision”. Such occasions give time for others to rethink their automatic “group think” style response to a situation.

Not all decisions will all Directors agree to and an attempt to achieve this is not sensible as discussed under “Consensus” in the previous article.

Therefore, in summary, all Directors need to take responsibility for their viewpoints to be heard. It is the Chairman’s responsibility to make this easier for the Directors. For example, it is not only the extrovert that is heard but also the introvert. Here it is the responsibility of the Chairman to note that opinion might not be forthcoming and to ask the right questions to bring forward that conversion and its value.

It is great to have the content, to have the voice but no-one listens. This could be the style of the Director, the “cry wolf” syndrome or the environment provided by that Board – for example, a CEO who does not listen to viewpoints from Directors, or the Board is less receptive to views raised from a diversity focus.

There is a belief that gender diversity has an impact on landing challenge effectively. This has four components – some Boards not yet being used to a female voice in the room, style of questioning, tone of voice or body language.

The more knowledgeable the Director, the more confident they will feel and therefore the other possible negative influences are mitigated. Newness to a role, being the only women or first women, new to the industry are all factors that play against a woman in a Board environment.

Many of the factors mentioned above in relation to gender are prevalent to many diversities.

It is helpful for a Director who feels they are not being listened to, to understand why, and then to take the brave step of asking for help from their colleagues, the Chairman and the Company Secretary to support their evolution to being an effective Director.

This kind of problem is often identified in a Board Evaluation.

There is no point asking a question if you are not going to get an answer. The answer is as important as the question.

Most challenges require multiple levels of questioning and often involve more than one Director in the questioning. It is important the Non-executive Director leads the questions in a non-judgemental way, taking the Executive Director along the journey to ensure that at the endpoint, the answer is accurate and full assurance to the issue has been given.

This assurance can range from full disclosure of information asked to an agreement find further information within a given time horizon.
Questions from Non-executives should never be left in the air without an answer. This requires the Chairman to chair effectively, remain engaged and support the Executive to deliver on the challenges put forward.

Sometimes it is valuable for the Chairman to coach the Executives to be effective in giving the kind of responses desired by the Non-executives.

It is easily a “many of them” against a “couple of us” just based on the composition of Boards with the majority, excluding the Chairman, being non-executive.

The management work together as a team running the business and then Non-executives, with less experience of the business, come and ask “stupid” or “time-wasting” questions.

The purpose of the Board is to add value to the Executives, not to hinder them, and if aligned to the same outcome, strategies and goals, such questions should be useful, giving the executives time to reflect and a chance to think through what they are working on, engendering for themselves, confidence on the final chosen actions.

A competent and empathetic Chairman is needed to manage this dynamic, mentoring both the Non-executive to frame the questions effectively and the Executive to trust the Board that their agendas are aligned.

For the Board and the Directors, being on the Board is not about scoring points, it is about the business first, and the best outcome always for the business with the knowledge known and the debate insights valued.

There is a critical role here for the Chairman and the Senior Independent Director to keep the Board aligned and stakeholders engaged and informed.

In this article, we have covered the risk of other agendas impacting the Board’s effectiveness and delivering on its purpose.

A good Chairman will manage this within the meetings, between meetings and over the longer term, coaching, mentoring and deflecting these agendas to keep the Board to the agenda and to the purpose.

This is not an easy task particularly when a cohort on the Board are influential and very present.

An example could be where a Director wishes to have the Chairman’s role and will influence, at all cost, to achieve this outcome.

Another frequently seen example is the agenda of a major shareholder, often private equity and the influence they might wield that is disproportionate to their one voice on the Board.

In conclusion, challenge is a foundation responsibility of a Director and a driver of an effective Board behaviour. Due to the multiple people element of challenge, it can easily go wrong. The empathy and mentoring role of the Chairman is key in a Board being effectively challenging.